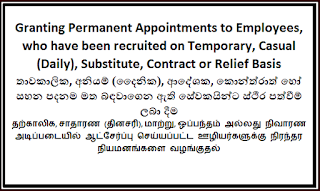 It has been decided at the meeting of the Cabinet of Ministers held on 17.09.2019 to bring the Public Administration Circulars No: 25/2014 and 25/2014(i) again into effect so as to be able to confirm the officers, who have satisfied the qualifications as at 01.09.2019 considering it as the date on which the qualifications mentioned in the Public Administration Circulars No: 25/2014 and 25/2014(i) should be satisfied, with effect from the said date subjected to the conditions indicated in i and ii below.
i. Granting permanent and pensionable appointments to the officers, who are able to fulfill the requirements that should be fulfilled for the pension under the Minutes on Pensions, after granting permanent appointments in the above manner.
ii. Granting permanent appointments under the Employees’ Provident Fund to the officers, who are unable to fulfill the requirements mentioned in i above. 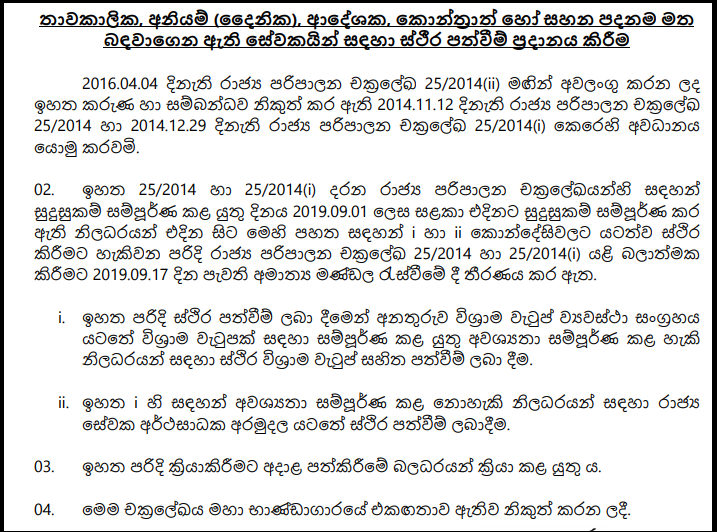 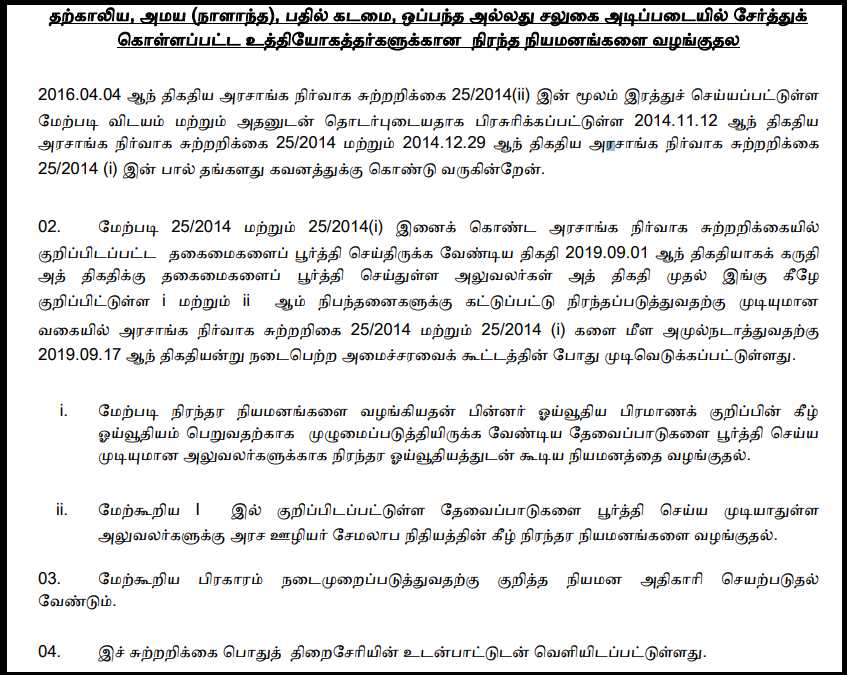